No longer just a scientific hypothesis that could never hit home, fires, floods and other extreme weather events in 2019 made it abundantly clear that humans have changed the Earth in significant ways by burning fossil fuels.

In fact, we now know that scientists have underestimated the far-reaching consequences of climate change. Increasingly dangerous tipping points — with unknown effects predicted to spiral out of control — are being breached before our eyes.

Here’s a look at our climate crisis by the numbers in 2019. It’s also a glimpse of what a warming world in 2020 and beyond will look like unless humans make drastic and immediate cuts to fossil fuel use.

As reported by Mongabay, the environmental group Monitoring of the Andean Amazon Project found that in 2019, 1,150 square miles of Amazon forest was cleared and burned. This amounts to 65% of all deforestation occurring between 2017-2019. The land was cleared to make way for planting soybeans to feed the growing numbers of cattle in the Amazon raised for beef.

From June 1st to July 21st, 2019, fires in the Arctic Circle (in Alaska, Greenland and Siberia), released 100 megatons of the most common greenhouse gas, carbon dioxide. This quantity surpasses the sum of CO2 released in June wildfires in the Arctic from the eight previous years (2010 to 2018).  While some of it comes from burning trees, peat fires from a thawing permafrost also contribute.

Several European countries broke high temperature records in the summer. France peaked at 114.6 0F (45.90C), the highest temperature ever recorded in that country and more typical of Saudi Arabia. Scientists stated that climate change made the extreme heat at least five times worse.

The global average of carbon dioxide in the atmosphere as calculated in June 2019 was over 414 ppm. This value, and similar ones, are made accessible by the nonprofit Two Degrees Institute using data from the National Oceanic and Atmospheric Administration (NOAA).

The highest ever recorded level of carbon dioxide in Earth’s atmosphere peaked at 415.26 ppm in May 2019 at the Mauna Loa Observatory in Hawaii. (For context: There is broad scientific consensus that 350 ppm is the upper limit to having a stable and hospitable climate.) The growth rate for this climate metric is growing from 2.5 ppm per year to 3 ppm indicating more fossil fuel burning rather than less.

In a single day in August, Greenland lost 12.5 billion tons of ice. This is the largest ever single day loss ever recorded and amounted to about 60% of the ice sheet undergoing at least one millimeter of melting. It’s the equivalent of 5 inches of water covering the U.S. state of Florida.

As the Arctic melts, permafrost thawing releases — besides potentially dangerous microbes — methane, a potent greenhouse gas. A record-breaking level above 2,000 ppb at the Barrow Atmospheric Baseline Observatory research station in the Alaskan Arctic signals a worsening of our climate crisis. (For context: Over the last three decades, this value has hovered around 1800-1850 ppb.)

The ocean absorbs more than 90% of the heat created when humans burn fossil fuels. The upper 2,000 meters of the world’s oceans were 228 ZJ (1 ZJ equals 1021 joules) warmer than the 1981-2010 average. This number was generated from the latest scientific tools available to measure ocean heat content. Higher temperatures in the ocean result in massive fish die-offs and species migrations as fish and other marine life search for cooler waters, disrupting marine ecosystem balance.

In May, the Intergovernmental Science-Policy Platform on Biodiversity and Ecosystem Services  (IPBES) published a landmark report concluding that human activities will likely lead to massive plant and animal extinctions in the near future.  Compiled by hundreds of experts reviewing over 15,000 sources in a three-year period, the report predicts at least one million species will be gone unless significant change in land and water  use (especially habitat loss) occurs very soon. (For context, there are about 8 million plant and animal species now.)

Those plant and animal species “officially” declared extinct in 2019 as noted in scientific publications and reported by the International Union for Conservation of Nature (IUCN) totaled 24. Extinction declarations take years, if not decades, to pronounce, and in some cases, may change when an individual of that species is found. In 2019, the IUCN also declared 7 species “extinct in the wild” although individuals exist in captivity.

A reflection of humanity’s biological deficit, this is the day when humans used up a year’s worth of regenerative natural resources like fish and forests. This means starting on July 30th, we started consuming 2020’s resource budget. Every year, the Overshoot Day gets earlier than the year before, and our growing carbon emissions are a major reason for it.

The United Nations Environment Programme’s (UNEP) annual Emissions Gap Report warned that the world is way off target in meeting the 2015 Paris Climate Accord goals and the future looks bleak. To limit the increase in global temperature rise to 1.50C over the next ten years, humans must slash carbon emissions by 7.6%/year starting now.

More forest fires burned in Indonesia in the first nine months of 2019 — covering an area of 2.12+ million acres — compared to all of 2018, in fact almost twice as many. Using slash-and-burn techniques, farmers clear the land, including peatland that produces much more carbon emissions that standing forest, for cultivating palm plantations to satisfy the world’s desire for palm oil. Creating dense haze and smoke that travel over neighboring countries, these fires released 708 million tons of CO2. (For context, that’s twice as much as the Amazon fires emitted this year.)

Both the beginning and end of 2019 saw heavy rains in Indonesia causing at least 202 deaths and thousands more displaced by floods and mudslides. Human-caused deforestation, coupled with waterways clogged with plastic pollution and other debris, worsens the magnitude of property damage and death.

The Intergovernmental Panel on Climate Change (IPCC) issued a special report on oceans and the cryosphere (frozen water part of Earth). Among many dire predictions of the consequences of unabated burning of fossil fuels, the Panel predicts that by the turn of the century, sea levels will rise by 43 inches. (This value is up from the 2013 prediction of 31 inches.)

This increase measured at the end of 2019 – compared to the global average for the entire 20th century – makes 2019 the second warmest year in 140 years of record keeping. It caps off the warmest decade of all time, too. (For context, the IPCC warns that a global average temperature increase of 1.50C or more above pre-industrial levels will result in major climatic consequences with far-reaching socioeconomic effects. The global average from 1880-1910 — at the start of the Industrial Age when fossil fuel burning became prevalent — was 13.70C. 2019’s was 14.90C. )

Mainly youth from around the world took to the streets during a week of climate action protests in thousands of cities and towns. The September protests occurred during the United Nations Climate Summit at which many climate activists, including Greta Thunberg, took part. Climate strike was named Word of the Year by Collins Dictionary.

In the first nine months of 2019, the peace and development group Indepaz reported that 734 human rights and environmental activists, many indigenous people, were murdered for defending nature. Protesting illegal mining, logging or deforestation were among the major reasons for their activism.

For the first time, the number of people in the United States who are alarmed by our climate crisis has reached 31%. This is the single largest group in that country self-described as one of the following: dismissive, doubtful, disengaged, cautious concerned, or alarmed. The alarmed cohort now represents three times more people than those dismissive of climate change (i.e., in denial). This value signifies a major shift in how U.S. citizens viewed climate change in 2019 compared to any previous year.

As extreme weather events pounded communities all over the world, it became increasingly clear via several different metrics  that climate change in 2019 knew no borders. Unfortunately, the poorest countries which contribute the least carbon emissions suffered the worst. 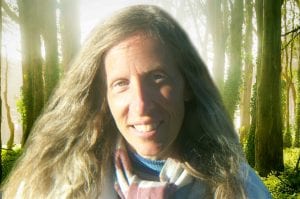 Jeanne is an experienced researcher and investigative journalist covering climate change, sustainability, and the environmental impacts of diet. In 2018, she launched Toxic Chemical Tracker, a site devoted to raising awareness about the petrochemicals in our food, water, air and consumer products as well as providing non-toxic alternatives for eco-friendly and carbon neutral living. Jeanne is also founder of Green Marble SEO offering a variety of writing services for green businesses. When she’s not tending her organic garden, Jeanne is blogging about the latest scientific reports on our climate crisis. Jeanne holds master’s degrees in chemistry, applied ethics, and instructional systems development.