The European Union must cooperatively rise to the challenges posed by incoming migrants, before climate change sends ever greater waves of refugees.

Crises can strengthen federations or destroy them. The European Union has been lately teetering at that crossroad, trying to avoid going down either lane, wanting to neither fall apart nor cede more national powers to Brussels. But the tragicomedy that is the European response to the refugees and other migrants arriving on European shores reveals the folly of such water treading. If the European Union does not cooperatively rise to the challenges posed by incoming migrants before climate change sends ever greater waves of them, it risks rending itself asunder, turning Europe back into a continent of warring nations. Case in point: the three weeks that elapsed following June 12, 2019, when Captain Carola Rackete and the crew of the Sea-Watch 3 rescued 53 people adrift on the Mediterranean Sea between Libya and Italy and, as has occurred many times before with rescue ships, were refused access to any nearby European port. This incident and its resolution offer both hope and despair for the future of the European Union, and the European refugee crisis.

Despite the increasing alarm over the issue of immigration into (and migration within) Europe, the migration of people into and within Europe is in no way a new thing. Although Europeans have lost this understanding of themselves, Europe’s prehistory and history are ones of immigration, migration, and emigration. Wave after intermingling and/or displacing wave of hunter-gather, herder, farmer, soldier, trader, migrant, and refugee sweeping in from North Africa, the Near and Middle East, and the steppes of Eurasia over the last 40,000 years carried with them the cultural, linguistic, agricultural, culinary, and technological foundations of the Europe that exists today. But in terms of sheer number in a given year, this human influx peaked in 2015.

Although 2015 was not the first year a large number of refugees, asylum seekers, and migrants tried to reach the European Union, it was the year when the numbers skyrocketed, hitting a public nerve already inflamed by the financial crisis they themselves had not caused and the following punishing years of fiscal austerity. More than 1 million people, fleeing not just poverty but the drought, food insecurity, economic instability, civil wars, and insurgencies in the Middle East and Africa, arrived in Europe, their flight driven in no small part by global warming driven climate change that Europe was in no small part responsible for creating. This was a roughly five-fold spike over previous years and 97% of these people reached Europe by crossing the Mediterranean Sea from North Africa or Turkey.

Whether they were hundreds of nautical miles long or one or two nautical miles short, these crossings were dangerous (and still are). Overloaded unseaworthy boats badly captained often capsized in the dark of night only for the people cast into the ocean to find that the life vests they’d been charged princely sums for by the craven were more decorative than buoyant. In 2015, nearly 4,000 men, women, and children, many even younger than the heartbreakingly famous toddler Alan Kurdi, drowned this way.

Part of the reason the number of people attempting to cross the Mediterranean to reach Europe is now down compared to 2015, or even just last year, is that there are now fewer people streaming out of Syria. But it is also now immensely difficult for migrants to even reach the sea, much less set out to cross it. The European Union has adopted draconian security policies against refugees, asylum seekers, and migrants. It has also politically and financially supported dangerous, overcrowded detention camps to hold tens of thousands of migrants headed for Europe in Turkey and North Africa, preventing them from making the final leg of the journey. Meanwhile, the increase in the percentage of people dying during the crossing is due to the European crushing of rescue ship activity in the Mediterranean Sea.

It was into this moral void that Captain Rackete steered the Sea-Watch 3. Under her command and in accordance with international maritime law, on June 12, 2019, the ship picked up 53 people from an overloaded inflatable adrift and in distress 50 nautical miles north of Libya and 140 nautical miles short of Europe. The captain was by law obligated to deliver them to a safe haven without significant delay. For Captain Rackete and the charity she worked for, returning the people to holding camps in Libya, a war-torn country where migrants were at documented risk of death, rape, torture and enslavement, was out of the question, both legally and morally. That shifted the legal burden of rapidly disembarking the people rescued, regardless of their citizenship or migration status, treating them fairly, and processing their cases to some other port in the vicinity.

To the long-standing and understandable frustration of Italy, the nearest port was that of Lampedusa, an Italian island lying to the south of Italy, roughly midway between Tunisia and Malta. The Italian people had been long fed up with the large numbers of refugees, asylum-seekers, and migrants landing on their shores. They also felt stuck it to by a Europe Union of countries largely refusing to resettle any of the migrants that have landed in Italy or to provide monetary support to Italy (or any other EU member with a Mediterranean coastline) for shouldering this burden. Unfortunately for the people rescued by the Sea-Watch 3, Italy’s current right-wing populist leadership, happy to play to the fed-up crowd, had just banned rescue ships from docking at any Italian port, although it’s not like such an action by the Italian authorities was new.

The script had been set by previous confrontations: deny the ship permission to dock, haggle with other EU countries until they agree to take the migrants, allow the ship to dock. And so it went this time but with a twist.

Over the next sixteen days, the Italian authorities illegally refused to give the Sea-Watch 3 permission to dock in port. Malta, within reachable distance, also refused to allow the ship to dock. Meanwhile, the European Union dithered, with no country offering permission for the ship to land and no country offering to take in any of the 53 refugees. Meanwhile, thirteen people needed to be medically evacuated from the Sea-Watch 3 and the distress of the remaining refugees grew. Eventually, the 40 rescued people remaining on board, already traumatized by their experiences of war, violence, and flight, became distraught enough to begin to harm themselves and to consider suicide by throwing themselves overboard. On June 29, feeling no longer able to prevent the rescued people from coming to harm, Captain Rackete radioed in to say she was bringing the ship in to harbor because she had an obligation to deliver the people she’d rescued safely to dry land.

What ensued was a kerfuffle. A small boat belonging to the Guardia di Finanza tried to block the ship from docking and unloading the refugees, resulting in a collision. But, ultimately, the Sea-Watch 3 docked, Captain Rackete was arrested to cheers and jeers, the whole event was further politicized by far-right politicians, the frenzy of media coverage erupted further (at least in Europe and especially in Italy and Germany), and opinion across the European Union polarized. The refugees were eventually allowed to disembark, at least once Finland, France, Germany, Luxembourg and Portugal had collectively agreed to take in every last one of the 40 people remaining onboard.

On July 2, Captain Rackete was released from house arrest following a trial wherein she blasted every European country’s treatment of migrants as inhumane and in contravention to each country’s constitution. She also stated that the European Union’s collective refusal to assume responsibility for the migrants until she was forced to dock forcibly was a shame to the words European and union. While the judge sided with Captain Rackete’s understanding of maritime law, namely that as the ship’s captain, she had the duty to protect the lives of the passengers and crew on board her ship, and that that had, in this case, meant docking so the people she’d rescued could disembark, charges of abetting illegal immigration remain pending.

The despair for the future of the European Union here is that 53 refugees could cause such a political calamity four years after the wakeup call of 2015. The backlash against letting in that peak flux of migrants who were mostly refugees fleeing a country whose leader had turned his troops, bombs, and chemical weapons upon his people swept a surge of angry anti-migrant, Eurosceptic politicians into power and helped convince the British to vote for Brexit. Is there any hope that the European Union will be prepared for the next actual big wave of refugees, the one that is only a matter of time, given how hard global warming and its floods, droughts, famines, and political and economic upheavals are going to be on the Near and Middle East and Africa? Or will the refusal of European Union countries to work together to sort the claims of migrants and settle bona fide refugees be the set of wedges and resentments that breaks the European Union truly apart?

The hope here is that there are some signs that the European Union is figuring it out. Since the episode with the Sea-Watch 3, a second ship, the Alan Kurdi (named after the Syrian Kurdish toddler who drowned in 2015), denied permission to dock in Italy was given permission to dock in Malta. The European Commission was swift in deciding that all 65 rescued people would be taken in by other European countries, with Germany taking in 40 of them herself. It is a small step, but perhaps things will continue to grow in this direction. (Meanwhile, before the end of July, at least another 115 people trying to reach Europe drowned in a single capsizing off the coast of Libya and the survivors, some having just watched members of their family drown, were sent to a detention center recently intentionally bombed or released without assistance onto the streets of Tripoli.)

There is also option number three, which would be the worst of both worlds. The European Union might find itself united in the effort to turn itself further into Fortress Europe, advancing its use of Frontex, the newly rebooted European Border and Coast Guard Agency, to prevent refugees from arriving, and expanding its externalization of the refugee problem by increasing the size of the holding camps outside its borders. But as long as there are people with the moral courage and firm but gentle conviction of Captain Rackete and the crew of the Sea-Watch 3, we can dream that a united Europe will not go this way. 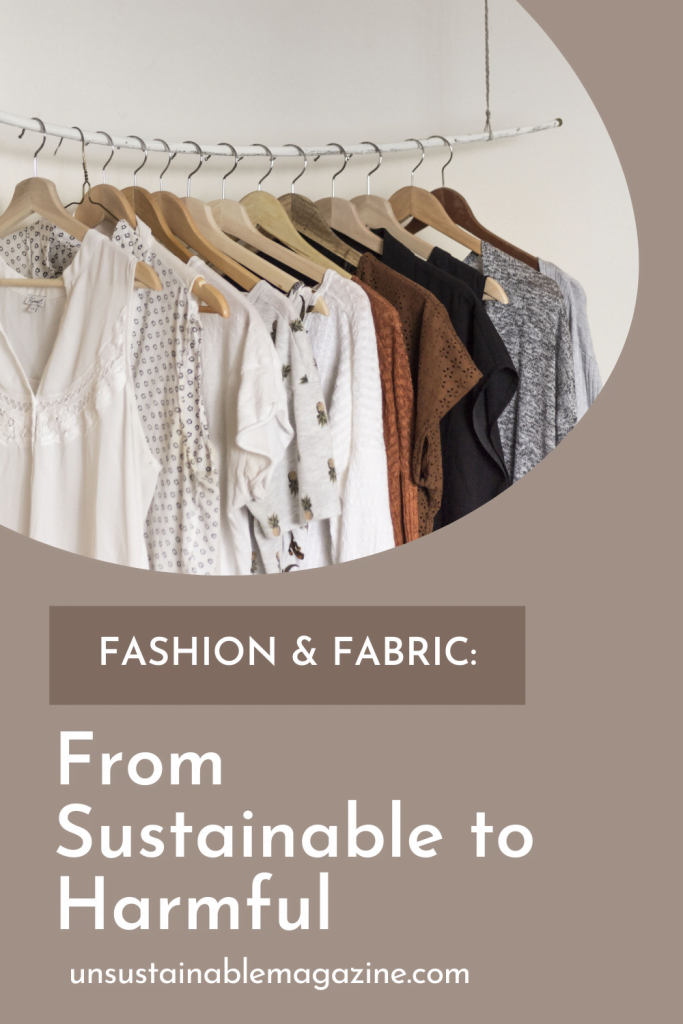