Should cannabis be legalized? Why? And does the very question create an unnecessary distraction from world hunger and the climate crisis?

Cannabis, also known as marijuana or weed, has long held the attention of academia and policy makers on the question of whether its legalisation would be beneficial or detrimental for social values, public health and average income. Despite this, Canada has become only the second country after Uruguay to legalise cannabis for recreational use. The examples of Canada and Uruguay to legalise cannabis indicate a positive approach in dealing with such narcotics, and represent a stark contrast when compared to former policies. Recently, I found it quite interesting to read a study referred by Evening Standard (ES) (Printed Paper Monday, 01 July 2019) UK. The study has claimed that “63 percent of Londoners think UK should follow Canada and make cannabis legal”.

There are pros and cons on legalising cannabis. Of course, any kind of addiction cannot be good for health, money, society and ultimately for humanity; however, with the reality of an illicit economy and infusion into society of the narcotic market, policy makers have been forced to consider whether it might be a relative good to accept cannabis in society. The reality is that crime, smuggling, trafficking and black markets have been linked with such a narcotic market that does not pay any revenue to the state fund, even though the state must invest a huge amount to deal the issues associated with drugs. Further, it has even become a hidden driver of socio-political instability, conflict and corruption.

Let’s think again, could it be good to legalese cannabis? The answer should begin with why it was banned. The reason behind banning cannabis was because it was considered to be a harmful substance which has a massive negative impact on society and an individual’s life. Despite making it an illegal item in trade and transaction, cannabis has been growing as a lucrative business controlled by the black market and criminal gangs under the nose of the state. When considering a response and policy of the state to ban and legalise cannabis, it is bizarre to think that the same substance that was once thought of as solely bad is now said to be good. Let’s not forget that, nowadays, cigarette smoking is known to be a major cause of cancer, heart attack and other health disorders and we have taken action to reduce/stop it.  Moreover, the World Health Organisation (WHO) has unanimously approved a policy to tighten the cigarette business to mitigate public health risks. A genuine question can be raised that if the fumes from cigarettes are related to health issues such as lung diseases, and steps are being taken to alleviate these risks, how can similar fumes from cannabis not be considered harmful, and cannabis be considered for legalisation? In essence, cannabis produces similar fumes to regular smoking, so how is cannabis ‘smoking’ thought to be beneficial enough to be legalised?

It seems that the state, including global governance, has been forced to accept cannabis as a necessary part of our economy, despite the fact that it is currently grown only for the black market. This is clearly underlined by the fact that state is being forced to accept its failure to stop the use of cannabis and prevent its harming the general public. Let’s consider it in different way: if cannabis is not legalised, how much can the state invest to control the narcotic trade, or how long can the state sustain the war against drugs? Alternatively, it might be the case that some countries have a strong hold on their narcotics trade, in terms of controlling the market and earning profit, and that therefore the governments of these countries are in favour of such business succeeding. Legalising cannabis is taken as an alternative to the cigarette business. Hence, there is so much politics going on with cannabis.

If cannabis is used rationally in line with determined objectives and legal policy then it is going to be comparatively less harmful. An individual user must be self-controlled and aware about the harm and benefit of cannabis use. For example, coffee has the potential to be harmful, but it has been widely accepted and consumed rationally with only very few cases of harmful addiction. Coffee now has been a true ingredient of a growing economy. To protect society from misusing cannabis, the state mechanism, without any doubt, must be ready and able to tackle the complex issues and monitor whether it is used rationally. However, it is obvious that resource-poor societies/countries—where there is a lack of awareness, good governance, stability and presentable security systems—cannot be benefitted from the legalisation of cannabis as they are dwarfed in terms of the knowledge to understand pros and cons. On the other hand, cannabis might be smuggled/exported from a legalised market like Canada to a controlled market such as Nepal. Drug dealers have already shown that they can export cannabis from an open market like Canada or Uruguay to non-legalised countries. Considering globalisation in this way, legalising cannabis in one place presents a “sharing” challenge, as these issues become entangled with the complex network of trade and policies that connects countries around the world.

Canada’s move towards legalising cannabis has definitely pushed other countries to think positively on it. An argument can be raised on whether it is rational to bring cannabis to the table in a house where a million people go to bed hungry. There are so many problems: such as crime, conflict, war and health deterioration, political instability and so on entangled with food, hunger and malnutrition. What I find surprising is that food stuffs have not been a priority of the debate! There is something completely irrational in this oversight. Indeed, the fact that the state should have taken a strong legal action against narcotics from the very beginning but is now considering cannabis as a lucrative business by accepting failure is unjust to the people who are excluded from the access of development, lack opportunity, and are victims of inequality, poverty and competition.

There is a huge negative impact on public health where cannabis is misused, with poorer communities and countries being the worst affected. Only a well-organised state mechanism can stop such misuse. Furthermore, the countries which have open borders like Nepal and India, the USA and Mexico etc., a combined network is needed to control misuse of narcotics. A single effort cannot be considered as an effective measure.

This raises a question for future research: Why is there a higher proportion of cannabis users among Europeans? The study shows that the more democratic the society, the more widespread is the use of the cannabis (there is the highest number of cannabis user in Europe, with the second highest living in the US).

This is a world where a billion people are known to have used cannabis, the same world where around 800 million are deprived of basic food and nutrition. Keeping such a fact in mind, the UN has announced a global agenda of sustainable development goals (SDGs) to alleviate poverty and end hunger by 2030, leaving no one behind! There is still disagreement about whether the legalisation of cannabis might help to achieve SDGs’ targets, but surely the question of legalising cannabis becomes irrelevant when compared to questions of food security and climate severity. Indeed, legalisation of cannabis may pour money in to the pocket of ‘rent seekers’ but it is hard to believe that the legalisation of cannabis will change the lives of the ‘bottom billion’ poor.

A Glimpse of the World after the War on Drugs

Medicinal cannabis use to be reviewed by government 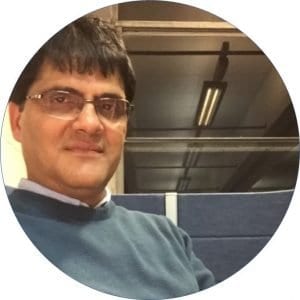 Jesi is a MSc Food Security and Development graduate from the University of Reading, UK, with experience in a multidisciplinary understanding of how food systems work, and the main drivers of global food in/security, malnutrition, poverty and climate change. He also completed MA in economics, Bachelors in Law and education.

Climate Explained: How Much does Flying Contribute to Climate Change?