To some extent, global recycling seems to provide us the ability to exert influence over our own behavior to protect our home planet. In the vast majority of circumstances, recycling makes individuals happy and makes them feel good about themselves. We are making a positive impact on the world; therefore, we must be doing something right.

However, what if this positive impact is only a sham?

Recycling is better than just tossing something away, yet many of our recyclables wind up in landfills or the oceans, causing chaos in the environment. It has been estimated that only 9% of the plastic in the world is recycled.

So it’s safe to say plastic recycling is just a lengthy and expensive plastic trip to decomposition… in a landfill.

But then, what should we do about that? What is the real problem, the environmental impact, the future?

The ocean ecosystem is suffering from a severe issue of plastic contamination. Climate change directly results from this pollution, which also harms marine life, human health, food safety, and tourism.

Plastic is a man-made organic polymer that is used in a broad number of applications, including packaging, construction, domestic needs, cars, electronics, and agriculture.

Each year, over 300 million tons of plastic are manufactured, with over half of that amount going toward single-use goods like shopping bags and bottles. According to estimates, approximately 14 million tons of that plastic waste are dumped into the ocean each year. It’s a shocking number, isn’t it?

Plastic garbage is found on all continent’s shorelines, with the highest concentrations around famous tourist sites and heavily populated places. Plastic degrades into tiny particles when exposed to natural causes such as radiation or wind. Due to their small size, they are easily ingested by ocean animals.

The unfortunate events are that many countries lack the infrastructure necessary to avoid plastic pollution, including landfills, incinerator facilities, waste management, and disposal systems that are both effective and efficient. To put it another way, this results in “plastic leakage” into waterways and the ocean.

If our response to plastics has always been to recycle, how come we still have such a serious issue with plastic pollution? Perhaps we concentrate our efforts on global recycling rather than the root of the problem: the businesses that manufacture all that plastic.

Businesses use the recycling story as an excuse to transfer the burden of plastics pollution onto the consumer. And plastic producers and enterprises are likely to continue developing single-use plastics without fear of repercussions.

Because let’s face it, who will fine a company whose manufactured bottle is found thrown on the shore? Rather than that, people blame the consumer for not recycling it.

Consumers are forced to take on the duty of managing this plastic garbage. But what if we questioned the need for single-use plastics instead? It’s a fact there are much better alternatives, like aluminum, glass, or plant-based plastics, for example. These materials have lower carbon footprints and do not leak harmful impurities as plastics do.

Isn’t it interesting that automobiles are the most recyclable product? 80% of all scrapped vehicles are recycled. With this in mind, familiarity with the different forms of global recycling will assist you in determining what can and can’t be recycled. 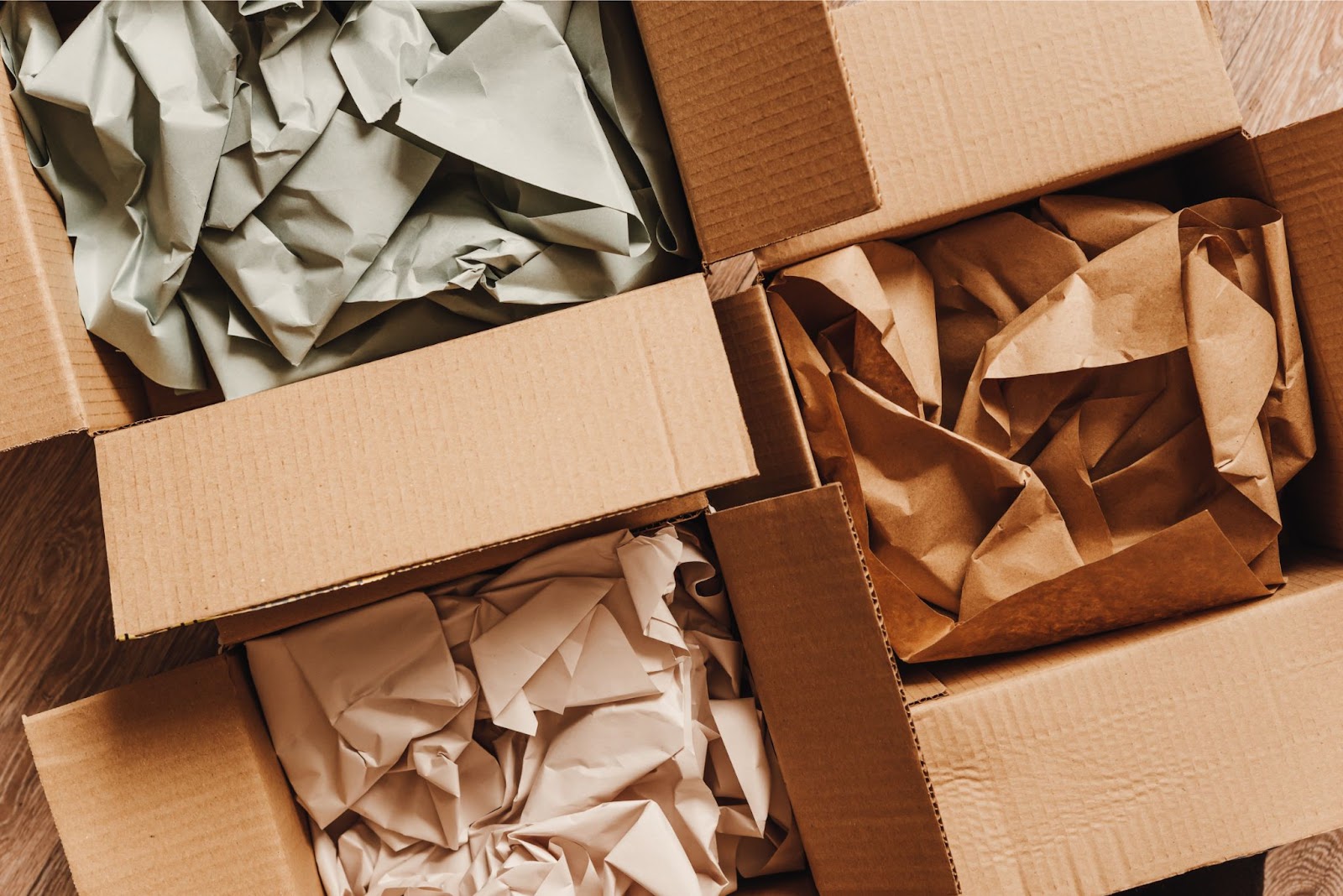 According to RM group, each ton of recycled paper or cardboard saves up to 17 trees, two cubic yards of landfill space, and 4100 kilowatt-hours of energy! 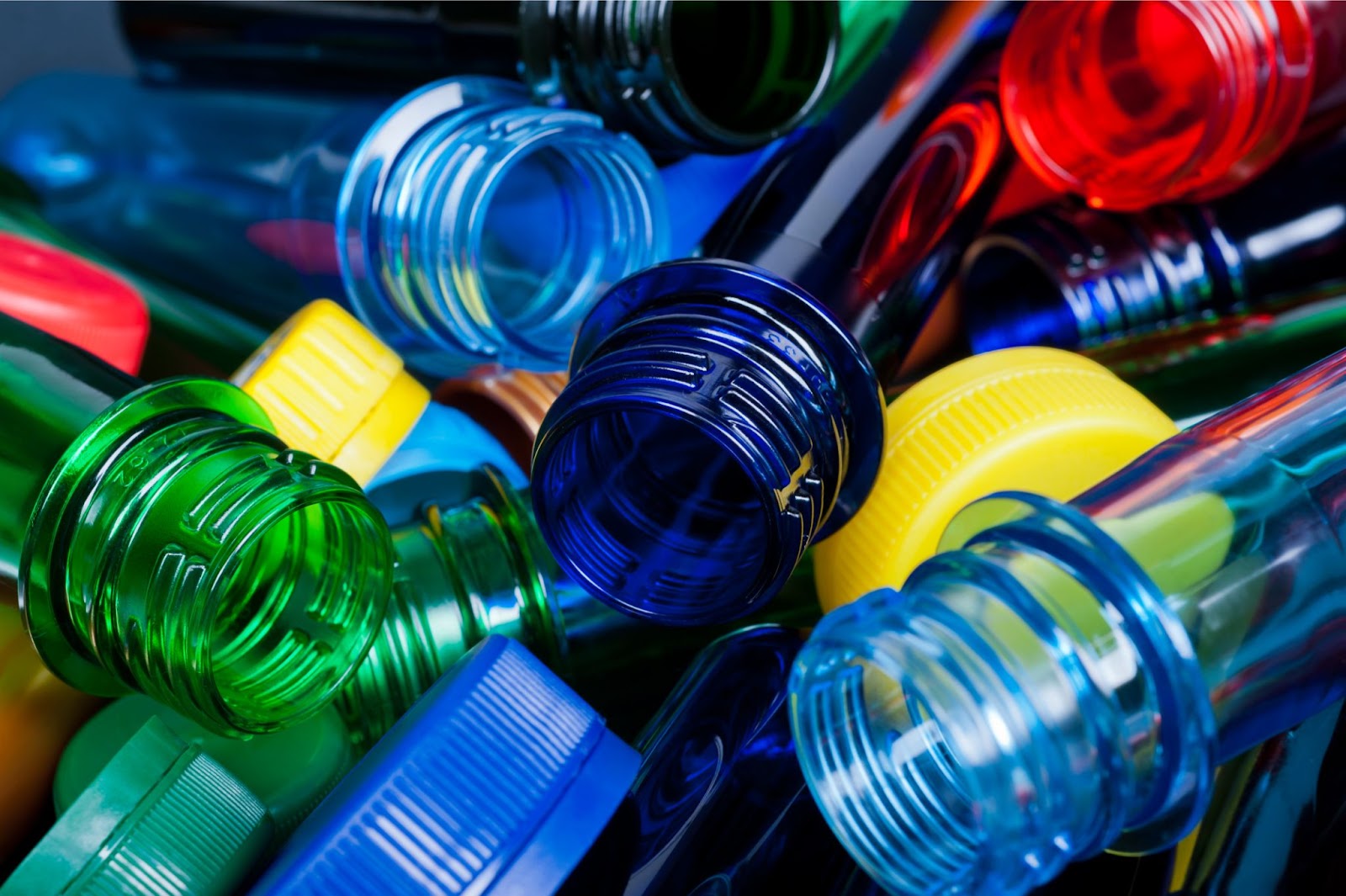 Every year, the world produces 381 million metric tons of plastic garbage, and that volume is expected to treble by 2034, making plastic recycling very essential.

About 50 distinct types of plastic exist, each with various subtypes. Most plastics can be recycled; thus, recycling them is essential if we want to minimize the amount of garbage we send to landfills and keep it out of the oceans. 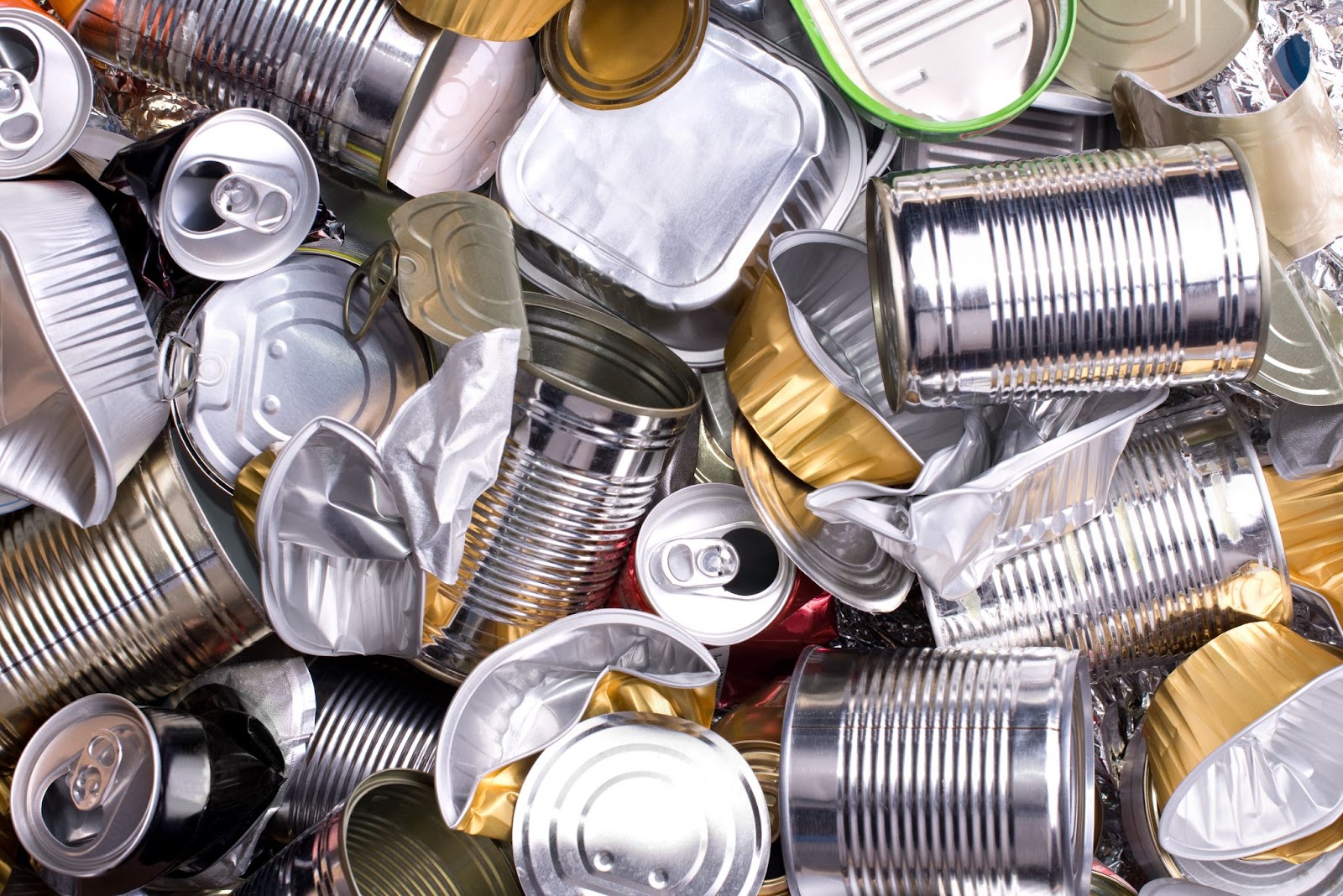 Non-ferrous and ferrous metals of all grades are recycled for future use. Because recovered metals retain their purity, you may recycle them several times.

Just to give you an idea, recycling one metal drink can save enough energy to run a television for roughly two hours. 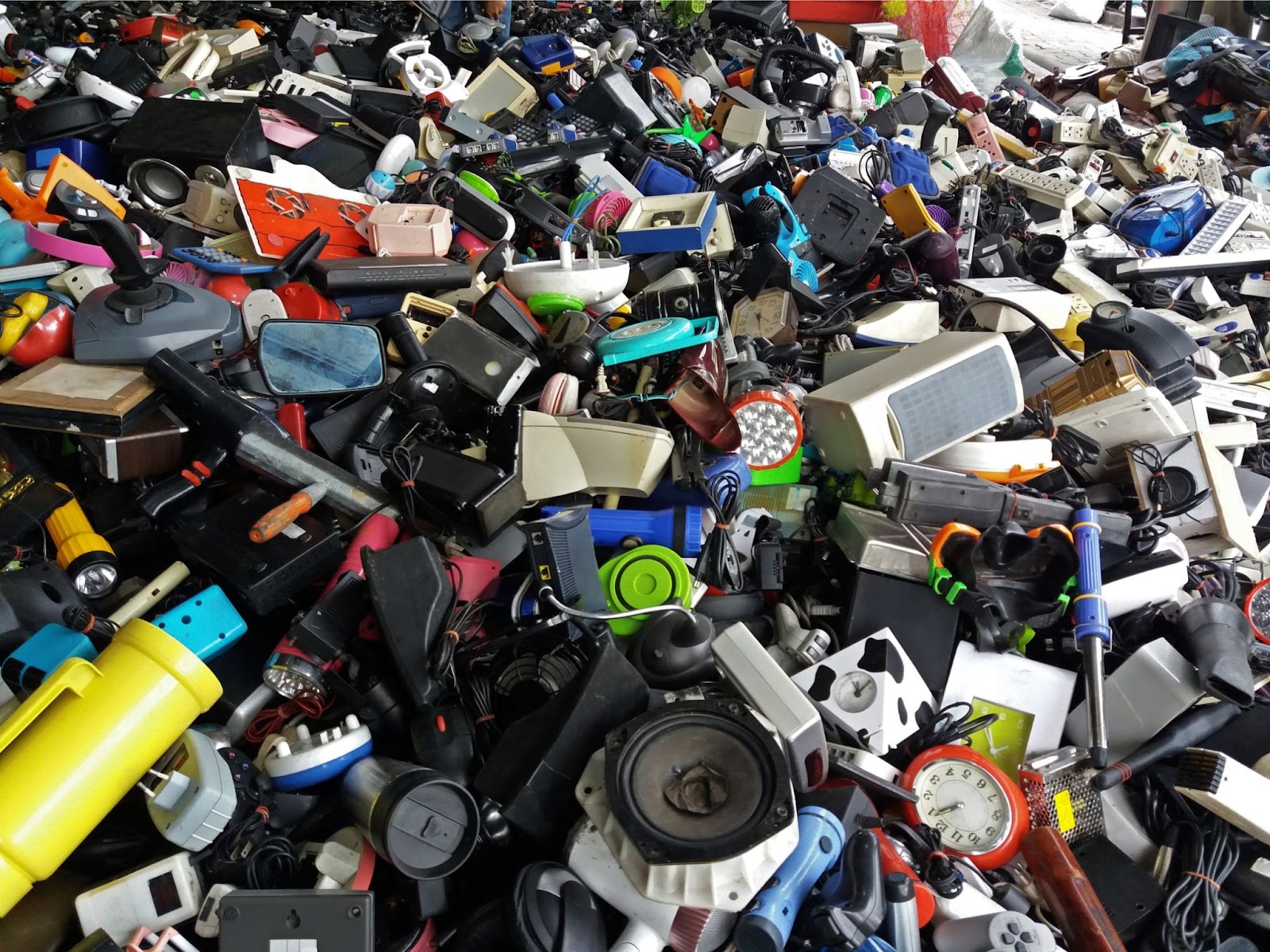 Electrical and electronic equipment powered by a battery or a plug, such as laptops, cell phones, and televisions, are included in the WEEE recycling category. 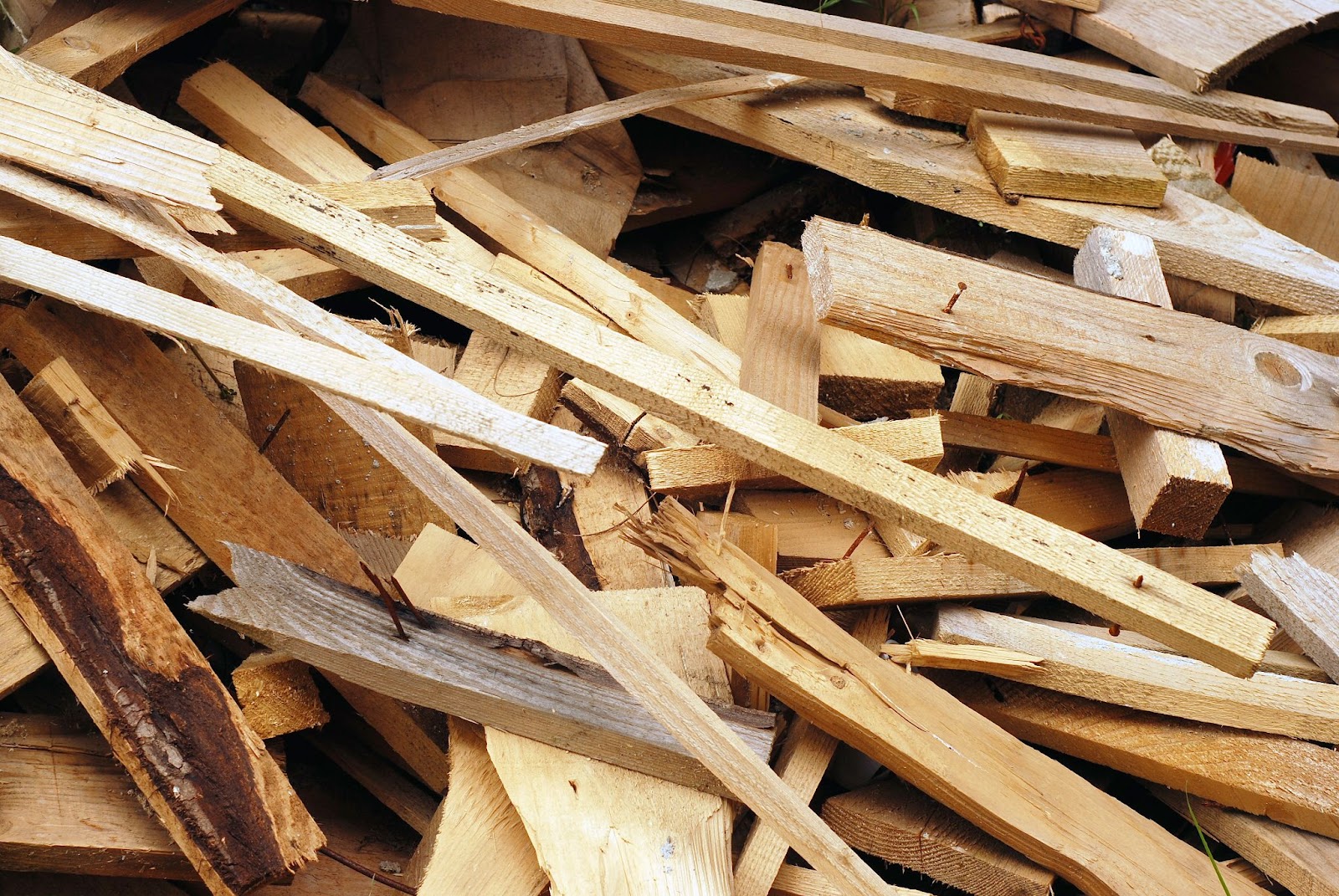 There are so many diverse ways to utilize wood that it is an ideal renewable resource.

Wood as a building material may be reused or recycled as mulch. There are several uses for even low-quality wood, including its service as fuel for ecologically friendly energy generation. 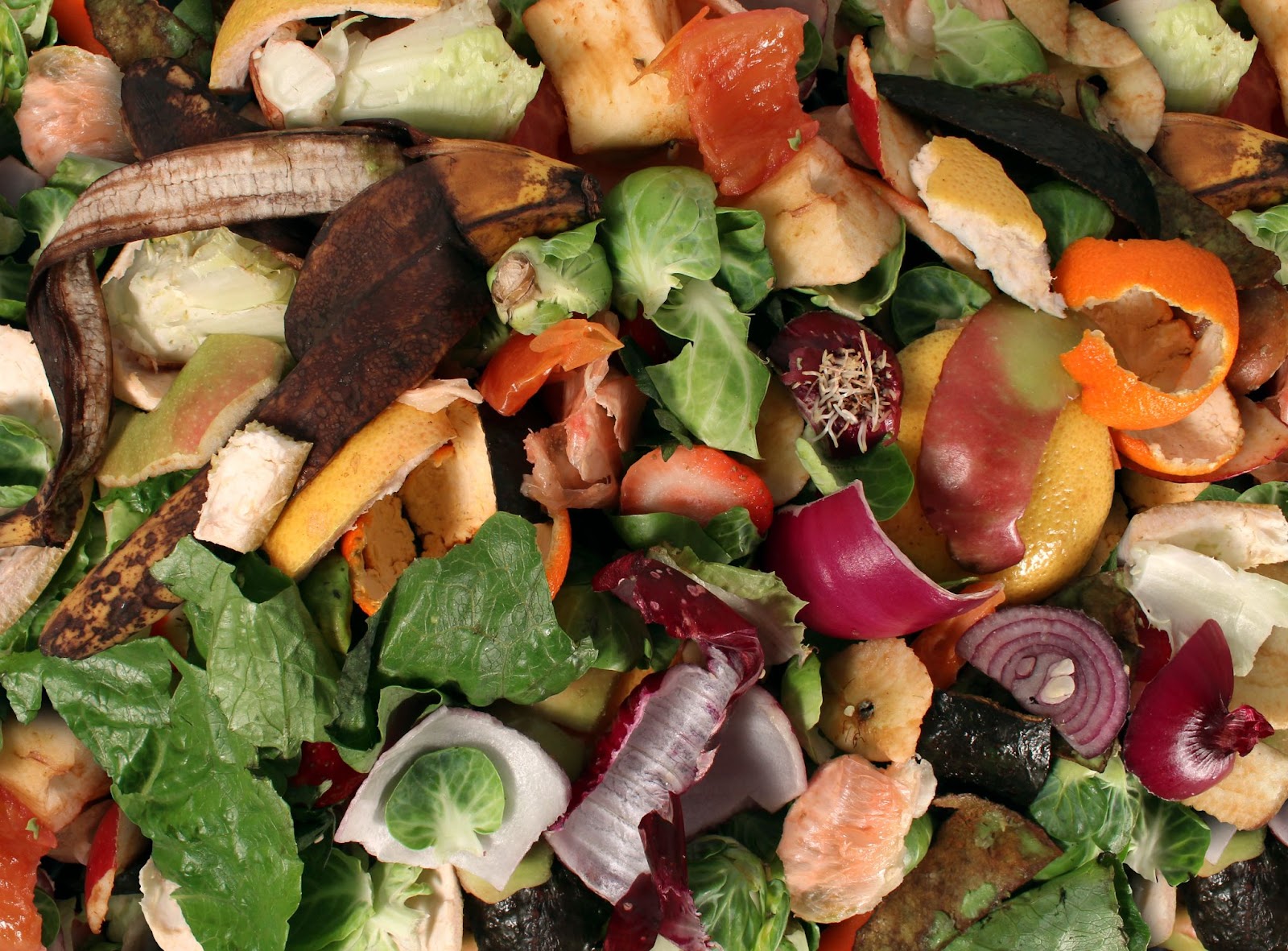 Biodegradable wastes, such as plant, animal, and microbe wastes, may be decomposed into simpler organic molecules and are referred to as organic wastes.

According to estimates, a hospital generates 25% of waste in the form of plastic. And who could blame them? Single-use plastic is an appealing alternative for hospitals since it is inexpensive, durable, and easily disposed of, and each new plastic container provides new sterile equipment.

Despite the many ways plastic has changed the medical sector over the last century, it’s now being investigated for what happens to it after it has served its purpose. Isn’t the unrestricted use of plastic inconsistent with a doctor’s commitment to do no harm?

According to the non-profit environmental HCWH, the global healthcare business generates slightly more than 4% of global emissions. And while many hospitals are establishing sustainability departments, they can never fully be “zero-waste” since there will always be some biohazard level.

As such, hospitals and medical care institutions have no option but to limit their plastic waste to be better environmentally and socially responsible.

Plastic pollution is a pervasive issue that is wreaking havoc on the marine ecosystem. It impacts the climate and endangers the health of the oceans, the safety and quality of our own food and health, and coastal tourism.

Plastic waste’s most evident consequences include hundreds of marine animals being ingested, suffocated, and entangled in plastic garbage. Most of them eventually starve to death as their stomachs get clogged with plastic.

Toxic pollutants also develop on the surface of plastic when it is exposed to saltwater for an extended period. When marine species consume plastic garbage, toxins enter their digestive systems and build over time in the food chain. Contaminant transmission between marine creatures and people through seafood intake has been highlighted as a health threat.

A decline in tourist revenue is also a result of plastic garbage’s harm done to tourist locations. Additionally, the expense of cleaning and maintaining these sites is enormous. It is not a secret that the accumulation of plastic waste on shores can harm a country’s economy, wildlife, and human health.

And, of course, there’s the threat of global warming. Incinerating plastic trash increases emissions by releasing carbon dioxide and methane (from landfills). Plastic garbage is all around us, and we can’t turn away. We breathe, drink, and eat it. Scientists even recently detected it in the human placenta.

What Can Be Done and What Future Should We Expect?

Firstly, it would help if existing international legal mechanisms for combating marine plastic pollution were adhered to and strengthened.

Redesigning goods and rethinking their usage and disposal to minimize the amount of microplastic waste produced by pellets, synthetic fabrics, and tires requires collaboration between governments, research institutes, and the private sector.

Society must change its purchasing habits to be more environmentally friendly. Solutions that go beyond trash management and address the whole lifetime of plastic items will also be necessary.

To increase social value and contribute significantly to environmental sustainability, we should improve paper, plastic, and metal processing. According to reviews, significant advancements are being made in the domains of paper and plastic, and even aluminum foil used in laminated wrapping is said to already be recyclable.

The urge to recycle plastic continues to rise – if left in nature, plastic becomes a worldwide environmental concern. Suppose sustainable plastic recycling and usage are not accelerated. In that case, the oceans are expected to hold more plastic than fish by 2050, and virgin plastic manufacturing will account for 15% of all greenhouse gas emissions.

The circular economy for plastics is a long-term aim of the European Union, which is the world’s most progressive recycler. By 2030, the EU’s plastics policy aims to have all plastic packaging created from reusable and recyclable materials.

It has also been said that by 2024, all UN members will have drawn up the world’s first plastic pollution convention. The UN Environment Assembly (UNEA) called the pact the most critical environmental agreement since the 2015 Paris Agreement after more than a week of meetings in Nairobi, Kenya.

Wrap Up on Global Recycling

Rapid urbanization and population expansion necessitate effective waste management to maintain healthy, thriving communities. If we don’t do anything, we’re heading down the road to even greater waste and pollution, and people’s lives would be put at bigger risk.

We can turn recycling into a habit that is both beneficial to the environment and economically stimulating. Preventing pollution and improving public health are only some of the benefits of global recycling. It also generates employment opportunities. It saves money, reduces waste, and most importantly, it is simple.

As a result, we need to stop ignoring the issue, and we need to have the self-confidence and power to control our own conduct to defend our home planet.

Our featured stories, delivered free to your inbox.