Insights into the Construction of Solar Modules and Cells

The good news is that the low carbon energy revolution is finally starting to roll. We’re increasingly powering more aspects of our lives with electricity directly, rather than through the burning fossil fuels in cars, stoves, and heating systems. Meanwhile, more and more of that electricity is being produced renewably—via wind turbines and photovoltaic systems—instead of in power plants that burn coal or natural gas.

The bad news is that to reach our goal of running on nearly 100% renewable electricity will take us decades. There are enormous amounts of infrastructure that need to be set up. Among other things, we need to establish more wind parks and set up solar panels all over the place—on roofs and carports, on the sides of buildings, and as shade for agricultural fields, to boost crop yields and decrease the need for irrigation in hot, dry, sunny places.

To take a moment to point out the blindingly obvious, the faster we can set all of this up, the sooner we’ll manage the energy transition, and the less overall amount of greenhouse gases we’ll end up spewing into the atmosphere.

But right now, despite the urgency beating down on us in the form of record-breaking (and people-killing) heat waves, shocking floods, and extensive droughts and the low crop yields and raging wildfires they drive, we aren’t going anywhere as near as fast as we can. Currently, our transition to a less climate-wrecking way of powering our lives is severely hindered by the rate at which we can produce solar modules and their associated devices, such as solar inverters (which convert the DC power solar panels produce to AC that can be fed into the grid or the electrical network of a home), storage batteries, and—when photovoltaic systems are powering heating and/or cooling systems—heat pumps.

The transition is also being hindered by how quickly we can get photovoltaic systems installed. This second limitation is related partly to the limited rate of production of the components of photovoltaic systems and partly by a shortage of workers to set these systems up.

More Workers and Factories are Needed

The solutions to these problems are both simple and complicated, as well as easy to envision but requiring considerable effort and ramp up time to implement. Recruitment of more workers to set up solar energy systems requires, not just training more people to do this work, but also enticing more people to enter the field by offering better working conditions, higher pay, and the respect and recognition that this revolution-driving line of work deserves.

Increasing the production rate of solar modules, inverters, and heat pumps requires more and bigger factories all over the world (as in, not just mainly in China) not only to assemble them, but to produce the parts that are needed to make them. This is by far the more complicated of the two problems, requiring time, expertise, investment, and, most likely, considerable government support to establish (or re-establish) national manufacturing capacity for the various items required.

To give you a slightly more concrete idea of this, here’s a quick glimpse into what it takes to make a solar module.

What are Solar Modules?

First, it helps to know what a solar module is, especially as the terminology can be a little confusing (e.g., a solar panel can refer to a single solar module or to a row of connected solar modules).

A solar array is a connected set of solar panels (in the rows of solar modules sense of the word). Finally, a photovoltaic system consists of a solar array plus the solar inverters, batteries, and etc required for what is essentially a small solar power plant to be fully operational.

So, solar modules. We’ve all seen them on rooftops, but what are they actually?

Although they’re thin and flat, solar modules consist of a number of components. A solar module has solar cells that are arranged together in a flat layer that gives a solar module its gridded look and that convert sunlight into electricity by shunting electrons (which are negatively charged) around in such a way as to create a difference in charge between one location and another, resulting in the production of electricity.

This layer of solar cells is sandwiched in between a top and bottom layer of transparent plastic film that holds all the cells in place. This packet is set in between two sheets of transparent glass that provide protection and waterproofing.

On most types of solar modules, there is a durable plastic sheet beneath the bottom piece of glass. This sheet can be either black (for aesthetic reasons), white (to increase the efficiency of the solar module’s use of sunlight by reflecting some of the uncollected sunlight back through the solar cells for additional electricity production), or clear (to allow that light to pass through, for example, if you’re using the solar modules as shading, but don’t want to block too much light).

This assemblage is secured within an aluminum frame and a junction box with diodes and electrical connectors is placed on the bottom of the solar module, et voilà, get it to a rooftop, pronto!

There’s nothing particular special about the glass, plastic, aluminum, and electrical wiring components of a solar module.

Their manufacture is probably not what is holding us back from our exciting, clean, new, renewable world where cars zip along quietly, without spewing clouds of pollutants and greenhouse gases, and everyone’s dwelling almost completely powers itself. It’s a different story for our capacity to make solar cells, however, and assemble them into solar modules.

We definitely need more factories set up to produce solar cells and assemble them into modules or it really will take us a ridiculous number of decades for us to go totally renewably electric. Just imagine all the walls, rooftops, and agrisolar-appropriate fields all over the world, waiting for the photovoltaic systems that are, at the moment, produced in only a handful of factories mostly located in China.

How Solar Cells are Made

But we don’t need silica for solar cells, but silicon, which means we need to get rid of the oxygen, to leave behind pure silicon. The silicon in silica does not like to part with its oxygen, so this requires a mighty feat of chemistry.

Industrially, this take liquifying the sand in a furnace at 2000°C (3630°F) in which you’re simultaneously burning a high-carbon coal like coke to release carbon atoms. These carbon atoms want the oxygen more than the silicon does, so they steal it away, binding it up with themselves to make carbon dioxide (CO2). This leaves behind a fairly pure silicon melt, which is collected and cooled into small, blue-grey-silver-colored chunks.

The next humongous feat is to take that polycrystalline mess of silica and turn it into one huge, beautiful crystal that can be carved into an ingot that can be diced into solar cell-sized wafers. There are a couple of ways to do this if you want to end up with wafers large enough to become solar cells. The currently most practical method is the Czochralski process, by which a single rotating crystal of silicon is lowered into a melt of silicon spinning in the other direction and withdrawn slowly (by millimeters per hour).

This causes the growth of a cylindrical silicon crystal, weighing several hundred kilos, up to 450 millimeters in diameter and two meters in length. In case you’re wondering how fiery this process is, the melting point of pure silicon is roughly 1400°C (2550°F).

As materials go, pure silicon is remarkably hard. This means you need to get out your (very clean) diamond wire saw to cut the cylindrical crystal of silicon into an ingot with the footprint of a solar cell. Then, because this silicon crystal is also remarkably brittle, you have to get out an incredibly long diamond-studded wire, also very clean, and string it up such that you can simultaneously slice out all the (generally) 160-millimeter-thick silicon wafers possible from that up to 2-meter long monocrystalline silicon ingot.

The next thing that happens is that the monocrystalline silicon wafers are cleaned in a successive set of acid baths and water rinses and then gently polished and dried. Following that, the wafers are coated on each side with a thin film of non-crystalline silicon that is doped with trace amounts of elements, such as phosphorus, arsenic, boron, or aluminum, that can act as electron donors or electron accepters to enable the solar cells to produce electricity out of sunlight.

Then thin lines of silver, known as busbars, and even finer metallic lines, known as fingers, are applied to the surface of the wafers to serve as electrical contacts. At this point, these days at least, the cells are sliced in half because that makes them more efficient.

How Solar Modules are Made

The next step in the production of a solar module is to connect the half-cells into strips that will be used, in rows, to construct the module.

Almost all of the work converting the wafers into strips of solar half-cells is done in mind-blowingly complicated automated assembly lines whose total length, from start to finish, spans very easily nearly a kilometer.

People are still required to conduct quality control on the cells at various points in their creation, and to monitor the machines, which are smart in that they have tons and tons of sensors that guide them along, but which are stupid in that this doesn’t mean they can think through or solve problems when things go wrong (which they often do, as anyone who has ever had to deal with a system with a lot of sophisticated but finnicky sensors will happily tell you).

You could probably run a factory producing enough solar cells to produce enough solar modules each year to produce 1 gigawatt of power with about 140 people, working in shifts (because these assembly lines run 24/7 for years without interruption because it would take at least a week to get them running smoothly again if you even briefly shut them down).

From this point on, all you have to do now is take all the components—the strips of half-cells, the sheets of plastic, the panes of glass, the back sheet of thick, durable plastic film, the aluminum frame, the junction box, and the wiring—and assemble them all together into a working solar module.

This can take an entire large factory floor all on its own, with its own set of nearly a kilometer-long assembly lines and workers monitoring quality control and easily befuddled robot arms, furnaces, plasma torches, conveyor belts, and guns that shoot out the flat strips of plastic that wrap a bundle of solar modules together so they can be then wrapped securely in plastic film, boxed up, and shipped off to the sites where they will be installed.

Solar Hopes for the Future

The details of the solar cell production, solar module assembly, and of the incredibly futuristic (and expensive!) assembly lines are all top secret and industrial espionage abounds (hence the lack of pictures here of the assembly of the solar modules).

But if you ever get a chance to tour a solar module factory, I heartily recommend it. It’s exciting to see these factories in action and it is interesting to know how these goods which are increasingly coming to power our lives are made and what it’s like inside the factories for the workers who work there. 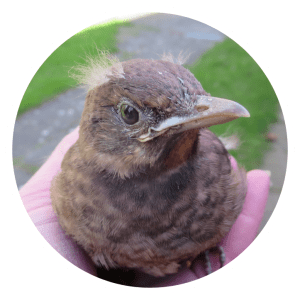