An Exploration of the Sustainability of Wind Energy: The international wind energy industry was priced at $62.1 billion in 2019 and has been predicted to hit $127.2 billion by 2027. Therefore, it is a lucrative form of renewable energy which many countries are now looking into, but what exactly is wind energy, and how renewable is it? Let’s discuss.

What is Wind Energy and How is it Generated?

At it’s simplest, wind Energy is produced using a wind turbine. According to National Geographic’s Encyclopedia, “anything that moves has kinetic energy” and electricity is generated from the wind’s kinetic energy.

How Do Wind Turbines Work?

A wind turbine looks like a giant fan, but instead of creating wind, it produces electricity when the wind turns the blades of the turbine connected to a rotor. This rotor drives a generator, which creates electricity. Wind turbines can be mounted on land as well as offshore.

Wind turbines commonly last for 20 years depending on the quality of the parts used. However, some sources suggest that their lifespan could be extended by another 5 years subject to ecological factors and the kind of maintenance services carried out.

According to the Energy Information Administration (EIA) – a statistical agency belonging to the U.S. Department of Energy – there are two categories of wind turbines:

These turbines use blades which are similar to those found in airplane propellers and usually have three blades. The structure could be as tall as a twenty-story building with blades exceeding one hundred feet long. Needless to say, the taller the turbine, the longer the blades which produce more electricity. Most wind turbines are of this category.

These ‘egg-beater’ looking turbines use blades which are connected to the top and bottom of a vertical rotor. The most popular type is the Darrieus Wind Turbine, named after Georges Darrieus, who patented the model in 1931. Some of these structures are as tall as one hundred feet and are fifty feet wide. These turbines are not as popular as the horizontal-axis ones as they are not as productive in creating electricity.

Costs are based on whether the wind turbines are for (1) Home or Farm Use or (2) Commercial or Industrial Use.

According to Windustry, you would need to pay between $3,000 to $8,000 per kilowatt of electricity if you are using a wind turbine that generates less than 100 kilowatts of power. In addition, a 10-kilowatt device (which is used to operate a large home) may set you back between $50,000 to $80,000 based on installed costs. You would also need to take into consideration tax and other subsidies that you are entitled to.

The costs vary from around $1.3 million to $2.2 million per megawatt of ‘nameplate capacity’ installed. Nameplate Capacity or “rated capacity, of a wind turbine is its maximum output rating, or how much power it can produce when operating at full capacity”.

Many of these turbines are 2-megawatt in size and cost about $3 to $4 million including installation. Other factors which influence the price include the quantity of turbines required, rate of financing, construction outlay, location, and maintenance costs.

Top 5 Countries with the Highest Wind Power Capacity in 2020

By adding 52 Gigawatts of new power during 2020, China has surpassed all nations to be the top country in the world with the highest wind power capacity at 288.32 Gigawatts. With more than 278 Gigawatts of China’s contingent installed on land with the balance 10 Gigawatts fitted offshore.

Largest Wind Farm in China and the World

The largest wind farm in China and the world is Jiuquan Wind Power Base which is also known as Gansu Wind Farm where 7,000 wind turbines are fitted across the Jiuquan, Inner Mongolia, Hebei, Xinjiang, Jiangsu and Shandong provinces of Gansu, China with an installed capacity of 20 Gigawatts.

Cost of Wind Power in China

Note: “The official currency of the People’s Republic of China is the Chinese Yuan Renminbi (CNH). The Yuan is used on the mainland of China, but not in Hong Kong. The symbol for the Yuan is ¥.”

Subsidies from the Guangdong Provincial Government

A huge quantity of the United States’ wind turbines are placed inland and the country achieved an 85% year-on-year increase for 2020 by increasing 17 Gigawatts of new wind capability. Texas takes the lead in wind power production while Wyoming, Oklahoma, Iowa and Missouri are highly participative in improving the technology.

The U.S. Department of Energy’s (DOE’s) Wind Energy Technologies Office’s Wind Vision Report has announced that wind energy can be a workable source of renewable power for all 50 states by the year 2050. To get more details about the Wind Vision Report, click here.

Largest Wind Farm in the U.S.A.

This is the Alta Wind Energy Centre found in Tehachapi, Kern County in the state of California, with a capacity of about 1,550 Megawatts. It is also known as Mojave Wind Farm which started its first five units in 2011.

Cost of Wind Power in the U.S.A.

According to energy.gov’s article entitled “DOE Releases New Reports Highlighting Record Growth, Declining Costs of Wind Power” dated 30 August 2021, more wind projects were set up in 2020 than any other power sources, making up 42% of new volume. In addition, the wind industry finances 116,800 jobs.

And weatherguardwind.com’s article entitled “Wind Turbine Cost: How Much? Are They Worth It in 2022?” dated 20 December 2021, stated that it costs $2.6 – $4 million for an average-sized commercial turbine. The majority of commercial turbines can generate 2-3 Megawatts while offshore turbines can produce as much as 12 Megawatts. It is estimated that 1 Megawatt can power on average one thousand homes for one month.

Here is a brief summary of the estimated allowable tax credits offered according to the commencement dates of the projects:

For a more detailed listing of the types of tax credits and financing mechanisms for different installations (e.g. land-based projects), click here.

As Germany intends to supply 65% of the country’s power requirements from renewable supplies by 2030, it intends to produce 71 GW of onshore wind capacity and 20 GW offshore wind power by that time.

Germany’s largest wind farm is made up of Albatros and Hohe See which are both offshore wind farms. Together, they produce up to 609 Megawatts which can power all households in a city as large as Munich with 1.5 million residents.

Cost of Wind Power in Germany

According to a Reuters’ article entitled “EXCLUSIVE Germany to slash renewable power fee to ease burden of higher energy bills – sources” dated 14 October 2021, in order to help its citizens to bear mounting electricity bills, the German government would be reducing the surcharge used for funding renewable energy investments.

As this surcharge (more on this below under Funding for Wind Farms) constitutes a huge portion of one’s energy bills, it will be decreased from about 3.7 euro cents per kilowatt hour in 2022 from 6.5 euro cents in 2021.

Journalism for the energy transition’s article “What German households pay for power” dated 23 December 2021, stated that “the average power price for households and small businesses in Germany stood at 32.16 cents per kilowatt hour (ct/kWh) in 2021” and more than half of the price consist of taxes, levies and surcharges.

Grid fees (including metering and related services) take up one quarter (7.8 ct/kWh) of the rate while another 7.9 cents were determined by market forces.

The Renewable Energy Surcharge “pays the state-guaranteed price for renewable energy to producers”. As stated above, it would be reduced to 3.7 cents/kWh in 2022. This reduction was pledged under Germany’s carbon pricing infrastructure for heating and transport. However, Germany is considering removing the surcharge altogether. To find out more, click here.

All of India’s wind farms are located inland. However, India has plans to install offshore wind farms to generate 5 Gigawatts of electricity by 2022 and 30 Gigawatts by 2030.

However, interruptions caused by a lack of proper port infrastructure, greater outlays for fitting wind turbines at sea and suspensions due to the Covid-19 pandemic have all hindered the offshore wind projects.

As at 12 November 2021, the largest wind farm in India is Muppandal Wind Farm found in the Kanyakumari district with a capacity of 1,500 Megawatts. Three thousand wind turbines of various capacities (from 200 KW to 1,650 KW) have been installed. The surrounding mountainous area provides ample winds from the Arabian Sea.

According to mercomindia.com’s “Wind Turbine Prices to Increase by 10% as Commodity Prices Rise: Report” dated 18 August 2021, prices are set to rise by up to 10% over the next 12 to 18 months due to increases in commodity charges, logistic fees, difficulties posed by the pandemic and costs of raw materials. In addition, a lack of demand has resulted in decreasing installations of wind projects which have fallen by 62% in the second quarter of 2021.

According to the Indian Renewable Energy Development Agency Limited, there are 13 “fund and non-fund based schemes” in the wind sector. There is also a list of contacts who are managing the schemes for this segment. For more details, click here.

Wind is the main source of renewable energy in Spain with all its wind turbines installed onshore. The most active regions involved in generating wind energy are Castilla y León, Castilla La Mancha, Galicia, Andalusia and Aragon.

This is the Cavar complex which consists of four onshore wind farms which generate enough energy for 46,500 households annually. It is situated in the municipalities of Cadreita and Valtierra. The wind power produced also reduces carbon emissions by 84,000 tonnes of CO2 yearly.

Cost of Wind Energy in Spain

In Spain, wind energy suppliers are required to submit bids to the government to ensure fair competition.

An article entitled “Onshore wind energy scores lowest ever price under new Spanish auction design” by windeurope.org dated 27 January 2021 stated that the lowest bid was accepted at the price of €20 per Megawatt Hour.

The Spanish Government’s Strategic Projects for Economic Recovery and Transformation was first implemented in 2020 and allows the private and public sectors to collaborate on projects to grow the economy. This scheme was explicitly created to aid projects in renewable energies, hydrogen and storage expertise. To learn more about this plan, click here.

Harnessing the power of the wind is not without its demerits, and there are many factors that count against the sustainability of wind energy. Here are some of them:

(i) Wind Energy is Unpredictable

Part of its unpredictable nature lies in the fact that wind can change direction and speed at any given time. In addition, certain areas may experience a drop in wind velocity at different times of the year.

Every year, there are many reports of wildlife being killed by giant wind turbines installed across large open spaces, for example, wind projects in Ontario can eliminate about 5 birds and 12 bats annually.

This is especially so for offshore wind turbines where workers have to board a boat to reach these turbines. In addition, scheduled maintenance is not always possible if the weather is bad.

Despite being a renewable form of energy, wind farms still produce copious amounts of waste, not least of which are the turbines themselves. 25 years is a very generous life expectency, with many turbines lasting only for 15 years. Many components are then not reusable or recyclable, and in some cases entire wind farms are demolished and sent to landfill when they reach the end of their lives

Last Word on the Sustainability of Wind Energy

Despite certain disadvantages of using wind power, it is still a feasible form of sustainable energy that can be utilized without bearing the effects of climate change produced by fossil fuels. Much work needs to be done to improve the design and implementation, and possibly future technologies will make it obsolete, but it certainly stands as a key component of current energy programs around the world that seek to address the present and future problem of climate change. 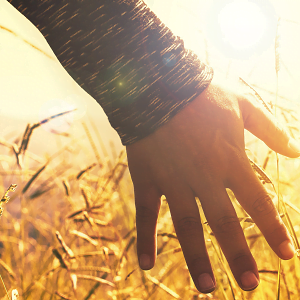 Ana Yong is a freelance writer and blogger who has written for Unsustainable Magazine, E: The Environmental Magazine and HubPages. Her articles focus on the Environment, Personal Development and Learning English.